2017 was a rough year in skateboarding as Preston “P-Stone” Maigetter was tragically taken away from us on August 30th, 2017. We won’t get into details, this video is to remember P-Stone as the rad dude he was.

Maigetter was a filmer for Thrasher and rode for Independent trucks. Back in 2013, Independent caught up with P-Stone at the Hullet Bowl in Copenhagen, Denmark.
The video follows P-Stone as he takes on challenges in hopes to win a 6-pack and 35 Kroners, a Norwegian currency, which totals just over six dollars ($4.03 in 2019).

Catch the video above and find out if P-Stone takes it home.

Geoff, Pedro and Ronnie put it all on the line in honor of the Phelper in Vans’ “Take It Back” Video

Get ready folks as Geoff, Pedro and Ronnie put it all on the line in honor of the Phelper in this Vans' "Take It...
Read more
Bowl

Ever find yourself bottom dwelling and coming up short of the coping? If you’re having trouble finding the necessary speed, or if you simply...
Read more
Bowl

In a time of economic unruliness, skateboarders found an opportunity in a random Californian city; Fresno. The opportunity; pools. Fresno California was in a state...
Read more
Bowl

The younger generation is constantly pushing the envelope. One of our favorite youngsters is Sky Brown. If you haven’t heard of her… you will...
Read more
Bowl

Thrasher Magazine looked deep in the archives to find Tommy Guerrero’s “Ban This” part. This Powell Peralta video was released in 1989 and features...
Read more
Park

It may not be a halfpipe, but this freshly made backyard quarter pipe is enough for Grant Taylor and the rest of the guys...
Read more 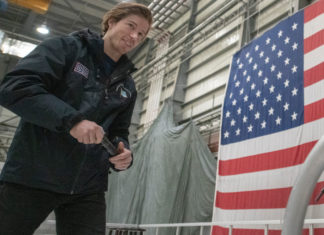 Shaun White wants to compete in the 2020 Summer Olympics as...

Some big news was just announced by Shaun White on the Today Show. He's considering competing as a skateboarder in the 2020 Summer Olympics...

Geoff, Pedro and Ronnie put it all on the line in...

Tony Hawk takes us through his journey to land a NBD